Generative dialogue goes way beyond the simple every day conversation. It’s a way of listening from both perspectives, yours and the person you’re conversing with.

Not only do I shadow clients. I shadow meetings for effectiveness, deliverables and results. I can’t tell you how much time is wasted in offices as meeting after meeting takes place with no definitive plans or tangible results. In most organizations, it’s difficult to see the impact that might have. In industry, when millions of dollars are on the line at that meeting…..the results being the difference of you getting that contract or not, the end result is critical to the success of the organization.

Most executive groups create their own stress. Their dialogue doesn’t meet the needs of the organization and they lack the vision or broad-mindedness to try something new.

Often as I observe what goes, on, I’m asked to give advice on what they can do to improve the effectiveness of the group to which I often reply “Nothing will change until you begin to talk about the issues that really matter to you….not everything around it, causing the trouble, keeping you back, but bottom line, no skirting around issues….what matters. Right now you are talking around the issue. Most probably you will leave this boardroom table with the same challenges haunting you that were there when you walked through that door”.

Often executives talk at each other. They speak from a downloading perspective….only hearing what already confirms what they already think and know. They don’t generate solutions. It is a dialogue of the deaf. Conversation is more than words thrown back and forth at the table. It’s an art, a competency. Conversation is a skill one has to master in order to see growth and change.

When you don’t listen to colleagues and staff you are telling them they and their opinion have no value. Ignore them a few times and they will stop communicating. Decisions will be made on false assumptions, incomplete information and denial. Participants will be on the defensive sticking by their story. Their means of communication alone will be dysfunctional.

As competent as each individual is in the organization, as a group they rarely progress, as power and appearances become more important than the growth of the organization as a whole. The more people guard their knowledge and create boundaries, increasing internal competitiveness, the greater the chance of the organization becoming stagnant and eventually failing.

One leader with a vision cannot save an organization like this. That leader needs to translate that vision to a group of strong people who will be engaged, implementing that vision as a team.

People who devoted a lifetime to work they believed in become disillusioned and ultimately blamed for the ineffectiveness and stagnation of the organization. Key people leave and go where they are appreciated; where they have a chance to grow and learn and take ownership of the successes they’ve worked so hard to achieve.

Leaders who inspire others through a period of change begin that change with themselves. They grow with their team, reinventing process, thoughts and ways of being along the way. They are no longer only process driven. They regain their humanistic characteristics along the way showing all they interact with, they’re valued for their uniqueness and contributions not only to the organization but to all within it.

They get into the heads and hearts of those who share that vision with them. People want to feel they are appreciated for being their authentic selves. People see the world not as it is, but as who they are within it.

Where do you see yourself?

Leaders: Their Stories, Their Words is Now Available 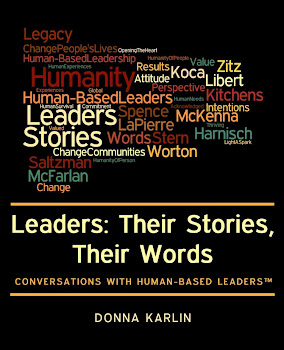 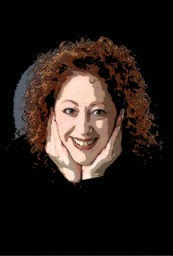 Make your point in style

Promote your Page too

All rights reserved. A Better Perspective, The Shadow Coach, Shadow Coaching and Human-Based Leaders are our trademarks. All other trademarks are the property of their respective owners. Reproduce with full attribution and mention of original links